I love working with Laravel, but when I had to write an app which integrates with two legacy databases and a new one, I was stuck on writing tests because the DatabaseMigration and DatabaseTransactions traits only work on the default database. Or so I thought.

It turned out that the DatabaseTransactions trait uses the connectionToTransact property to wrap more than one database into a transaction. So, all I had to do was to define that property.

Note that mysql, legacy and blog are the connection names I defined in config\database.php

This was all hunky-dory for PHPUnit tests, but what about Laravel Dusk? The issue here is that the tests run in a browser and therefore we cannot use the DatabaseTransactions trait as it won’t work. Using the DatabaseMigration trait was not an option. My legacy database was big, in terms of number of tables, and recreating it every time would take a very long time. Besides, I did not have a set of migrations to run (yes, I could have written them but as I said the migrations would have been too long).

I had to think of something else.

My solution was to use the events that Laravel fires automatically when a model is created to record those models and delete them at the end of the test. This is the general idea.

So, first of all, I created a new event: app\Events\EloquentModelCreated.php

Nothing fancy here. This is the even that will be fired when a model is created and all it does is ti stores the model itself.

Then I created a listener for that event: app\Listeners\DatabaseTransactionForDusk.php

The purpose of this listener is to record all the models that have been created and to delete them at the end. The rollback method should probably live somewhere else, it’s not really the job of a listener to do that. But I couldn’t find another appropriate place for it and it’s just such a small listener that I didn’t want to spread the code too much.

Now, all my Eloquent models will need the created event to be handled by the listener, so to make my life easier I created a trait: app\Models\ListenToModelCreated.php

This is used in all my models. It’s true that if I forget to use it in one model then those records will not be rolled back and I will end up eventually with lots of rubbish in my testing database. But for the legacy models I do have a base class that they all extend which uses the trait, so happy days.

Last but not least, I had to register the listener for the new event, so I have modified the boot method of the EventServiceProvider class as follows:

I’m sure you have noticed I check for the environment before registering the listener. This is because I want to be able to rollback the databases only when running Laravel Dusk. I could run the tests with APP_ENV=dusk php artisan dusk. However, I am bound to forget about setting the APP_ENV variable before running Dusk and thus cluttering my database with rubbish data. Instead, I take advantage of the fact that Laravel Dusk looks for a special .env file to use (read here). So, I simply create a .env.dusk.local file (which I had anyway because of other settings) and set the APP_ENV there like this

The last piece of the jigsaw is to make sure that the rollback is actually performed at the end of the test. This is done my defining the $beforeApplicationDestroyedCallbacks property of the DuskTestCase base class

And that’s it. Now even when running Laravel Dusk your databases will be rolled back to their original state. 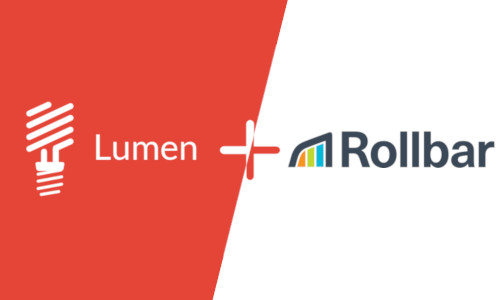 How to use multiple models from the same table in Laravel 5.5

Working on a legacy database I came across an issue where different type of models where stored in the same table, and therefore use the same Eloquent model ...